after five hardware iterations my core memory shield is now finished. I am selling it as a kit on Tindie.

Here is all the material related to the kit:

Thanks to Ben North and Oliver Nash at corememoryshield.com for the inspiration and encouragement!

My ferrite core memory is progressing nicely. I have received the PCB and assembled it for the most parts.

This evening I tried out how the H bridges worked – after a few tweaks in the Arduino code I was able to get this sequence out:

The only remaining things are to assemble the sense line circuit and to do the final testing and tweaking, which will most likely take a long time. 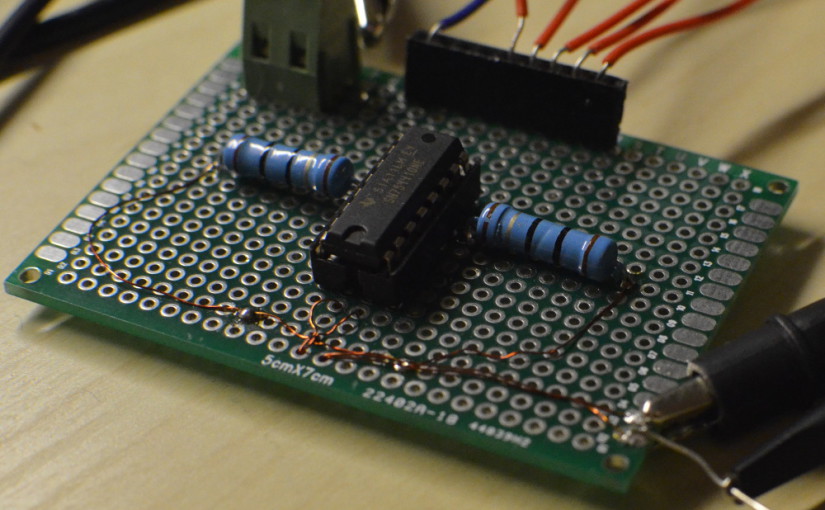 A while ago I ordered some ferrite cores from Bulgaria in order to build a vintage memory out of them. Yesterday I managed to build a one-bit memory by following what Wayne has done. Now that I have an understanding of the technology and the characteristics of the cores I have I will continue to build a 32-bit version in the form factor of an Arduino shield (my own twist of this project). Here is the documentation to go along with my LED driver kits:

And here are the CAD files in the spirit of open hardware:

Today I put the blog back online as I think I now have enough time to maintain it since I have completed my studies. I went through the old articles and polished them up a bit. I hope I will soon have exciting new projects to share.

I also enabled commenting as I am hoping there won’t be too much spam. I go through every comment prior to publishing them.

Most of my projects seem to deal with lights and music.  VU meters are not fashionable anymore, and the few commercial products I found don’t look too stylish at all. Therefore I decided to build my own using six Soviet IN-9 nixie tubes I had lying around.

The schematic is not too exciting at all. The audio input is connected to a MSGEQ7 graphic equalizer IC which I got from Sparkfun. Its output is processed by an Atmel ATmega88 microcontroller which sends commands to a M62359P DAC. The DAC outputs drive the tubes using a current sink described in “Driving IN-9 Neon Displays” by Dipl.-Ing. Jan Philipp Wüsten. The specific DAC was chosen because it was one of the few 8-channel DACs in DIP package that I could find without spending a fortune on shipping. Nixies are powered by a 1363 power supply. I had to connect a filter to its output (the large Teapo cap + a small resistor) to stop it from whining.

As the nixie tubes require a lot of space, a large enclosure was bought from TME. The mounts in the enclosure were quite far apart so the PCB became quite large. For that reason I etched the PCB myself, which I do quite rarely these days.

For future improvement I could check whether the MSGEQ7 output is linear or logarithmic – I’m thinking it’s linear as the sometimes the readings shoot way up without a great difference in perceived volume. Still, I think that the meter looks great and I’m quite pleased with it.